Subtasks of User Stories: how and why we estimate them

Home / Subtasks of User Stories: how and why we estimate them 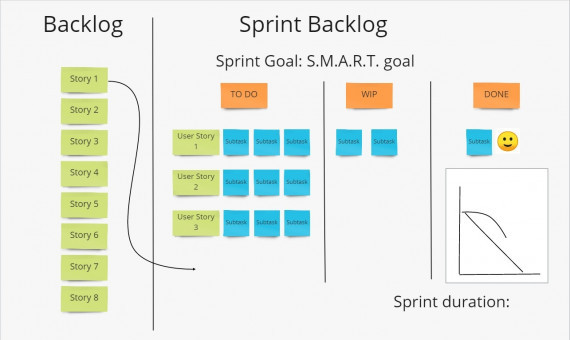 As employees and customers alike continue to work from home in view of the COVID-19 pandemic, we believe it is getting even more important than ever to continue sharing our experience with regards to remote work and efficient collaboration across distributed teams. While there are various infrastructure solutions (Microsoft Teams, Slack, WebEx, Google Meet etc) suitable for distributed workflows, it is of at least equal importance to have well established processes in place. In this article we would like to explain how we work on estimations to make every Sprint Planning accurate.

How can we make sure that the functionality will really be ready on time? And how can we identify possible deviations in advance?

When planning a Sprint, we split each User Story in the Sprint Backlog into subtasks. Subtasks not only help us decompose big User Stories into smaller elements, but they help us distribute the corresponding work to team members. Subtasks can also be subjects of estimation. Then the estimation can be used for constructing so-called information radiators, e.g. a Sprint Burndown Chart. By analyzing the Sprint Burndown Chart, the team can conduct an inspection in relation to the achievement of the Sprint Goal. Let’s take a look at several examples of how subtasks can be estimated.

Calculating the time required for subtasks and using a Burndown Chart

At the planning meeting, the team decomposes User Stories into subtasks and makes time estimates for each of the subtasks. For example, the task list for each User Story may be as follows:

Advantages of this approach

Making quantitative estimation of subtasks and using a Burndown Chart

In one of our projects we used the following approach: we only estimated User Stories in Story Points or in units of time, while drawing a Burndown Chart based on the number of currently open subtasks.

Example:
When decomposing our User Stories at the planning meeting, we agreed that subtasks should meet following criteria:

As soon as subtasks become closed, the Burndown Chart converges to zero.

Advantages of this approach

Subtasks do not count, Burndown Chart is in Story Points

Imagine there is a User Story estimated as much as 40 Story Points in the Sprint backlog. During the planning, the team also creates subtasks. Subtasks are not estimated. Later on, at the Daily Scrum meetings, the Developers will check which subtasks have already been closed, and then the team will re-estimate the User Story in Story Points.

The Burndown Chart is in Story Points based on the status of the User Story.

Whatever approach you choose, please keep it in mind that only a closed User Story matters to us, because only closed User Stories make the Increment for the product and are valued by the customer. Partially closed subtasks in any User Story are scrapped pieces of information as they cannot be released.