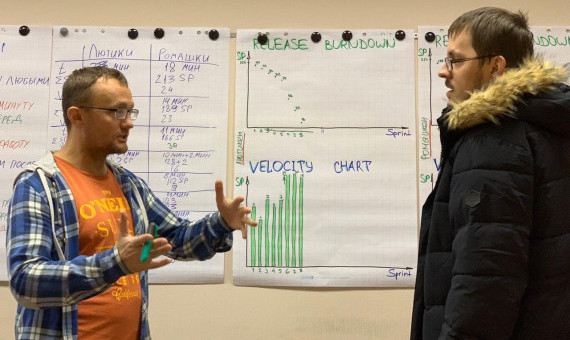 This article explains why it is necessary to estimate User Stories and what types of estimations are in use.

Imagine having a new customer that wants you to implement a new product quickly at best quality and modest cost. It might be possible to try to estimate the task immediately, evaluate the product offhand, and work out temporal and financial assessments of the project, promising to take into account all the wishes. However, such an approach entails a high risk that the product will not be implemented within the specified timeframe, will exceed its budget, and will not meet the customer’s expectations.

To avoid mistakes, it is first necessary to make sure that you and the customer are talking about the same features. To this purpose, a project charter is formed that ensures mutual understanding of functionality among all the project participants; the project functionality is divided into smaller pieces. At this stage, the development team and the customer look together through project details and come to an agreement regarding the project content.

The next step is to create User Stories for the product backlog.

The development team, being the end performer, can estimate each story separately. The sum of those estimations makes for an approximate implementation time for the whole project. This a more precise approach, because it includes detalization and it shows what features are to be excluded in order to meet possible deadlines and to remain on budget.

Later on, when the time estimation is done and you have met an agreement regarding project functionality, the User Stories can be combined into epics, a roadmap can be designed, the customer can be provided with the cost and time estimations.

The project’s destiny will depend on how accurate the User Stories have been estimated.

How to Measure a User Story

Advantages of this estimation method:

Disadvantages of this estimation method:

Advantages of estimation in SP:

Disadvantages of estimation in SP:

What to Choose for the Project?

In the next article we will explain why it is necessary to estimate user stories’ subtasks, and how it is done.