C++ is dying or maybe we miss something

Home / C++ is dying or maybe we miss something 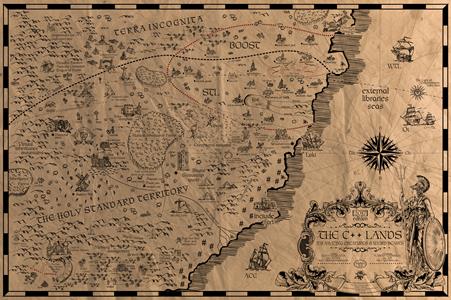 Programming languages bring us a wonderful option to get almost anything we want from our computers and gadgets. With the development of electronics from mainframes to personal computers, from personal computers to portable computers, from portable computers to smartphones all of us observed how the programming languages brought us easier ways to deliver users anything they want to see. Many languages emerged, shined and died these years, and it’s still happening as we’re entering an era of the Internet of Things and self-driven cars. Many modern developers tend to think that in the modern world of the Internet, desktop languages are becoming outdated and taking a niche only for older geeks. But let us check if this statement is really true.

I would like to show you that C++ is still a big part of everyday life for almost any human being. There is literally no way for a person to touch something ‘smart-’ and not meet C++ out there somewhere: operating systems, end-user programs, your favorite browser, games and entertainment applications, web servers, database servers, computer vision, trading. When something is dying this way, let me join the process—I’ll always find some interesting task to work on. And I’m pretty sure that most C++ developers would agree with me. In order to bring some examples, let’s see some details.

Past ten years were rather fruitful for us, the C++ community, as we all can now see, feel and touch how the language is becoming better and better every year. There were darker years before that, when big players tended to interpret the standard in their own way, and tried to bring in the tricks they had invented for some really obscure use-cases. Nowadays, luckily, they have understood that the developers don’t want to see the new SQL family in C++ world, but instead they prefer having common and understandable ways to code and get things done. Nowadays, we can use a much wider amount of useful stuff out-of-the-box, without the need to hunt for third-party libraries or resort to ‘dark magic’ by bringing the full set of Boost C++ libraries to better random number generation or to select a more effective function for reading text files.

As a conclusion, I would really want to say, that the C++ future looks much brighter on the inside than it may appear to those around, and many developers look forward to seeing what will happen to it in the next ten years.

*The authors of the picture are Elena Salagaeva and Vladimir Gorshunin.